Bodies as Battlegrounds: Sexual Violence as a Weapon of War 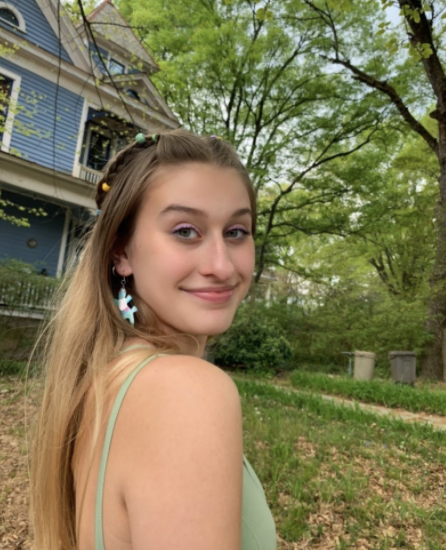 Bullets, missiles, tanks, propaganda: all weapons of war that have been in global news headlines since the early hours of February 24 when Russian president Vladimir Putin began the war on Ukraine (Kirby, 2022). Global leaders and activists have called the world to rally around Ukraine, and there has been a mass mobilization in the supply of military and humanitarian aid. But one weapon of war has gone largely undiscussed: sexual violence. Oksana Pokalchuk, director of Amnesty International Ukraine, warns that the war, “will have a bad impact on women in the country. Domestic violence and sexual violence rises in wars… All war first has an impact on civilian women — old women and young women. Women civilians will be suffering from the situation much more because they are generally in a more vulnerable position in Ukraine because of patriarchy” (Oppenheim, 2022). UN Women Executive Director Sima Bahous shares Pokalchuk’s worries, reporting, “The current situation jeopardises the safety of all Ukrainians and puts women and girls in particular at increased risk of sexual and gender-based violence, especially those who are refugees or otherwise displaced from their homes… I urge the international community, as it rallies in support, to keep women and girls at the centre and to ensure that the humanitarian assistance planned and provided is gender-responsive” (UN, 2022). This message must be amplified: we must be prepared for when sexual violence is used as a weapon of war against the women of Ukraine. We can not let survivors go untreated, or perpetrators unpunished.

Sexual violence as a method of conquest and domination in war is not exclusive to one war, one nation’s military, or one time period: it has existed as long as war itself has. The 1937 Rape of Nanking resulted in upwards of 80,000 Chinese women and girls being raped by Japanese servicemen, with the Japanese government’s policies directly causing over 200,000 Southeast Asian women to be sexually trafficked during this time. Over 1 million German women experienced sexual violence in mere weeks by Russian soldiers at the end of World War II. In 1968, US soldiers raped dozens of women and children in the village of My Lai, Vietnam as part of its massacre. Sexual violence during conflict is just as common today; Scholar Kate Majewski writes, “Conflict-related sexual violence has occurred in approximately 51 countries in the past 20 years, a “global scourge” that has occurred in both developed and developing nations (Majewski, 2018). A prolific example is the 2014 Boko Haram kidnapping of 276 schoolgirls, many of whom were sold into sexual slavery.

It is important to understand what differentiates sexual violence during peacetime versus time of conflict and war, as well as why the criminality of the act has been widely dismissed until recently. Scholars and advocates define sexual violence as “both a weapon and a strategy of war.” It is aimed at destroying any physical agency and feeling of safety that a person possesses, while also systematically dominating a population to gain political and social control (Farwell, 2004). Despite its prevalence, it has been largely ignored by historians and international courts alike. Historically, sexual violence has been viewed as merely “spoils of war,” suggesting that the bodies of women and girls are just another battleground. The dismissal of this violence as personal rather than systematic, a byproduct of the “boys will be boys” societal mentality towards violence against women, has caused it to be viewed as “not a violation of humanitarian law” (Farwell, 2004). Social and cultural stigmas, victors being the ones to write history, and sexual violence against women being common during peacetime as well are just some of the reasons why sexual violence as a weapon of war has not been examined until recently. It is important to note that men can also suffer from and be survivors of this violence, but it poses a unique threat to women and girls.

While there is currently not much information on sexual violence during the war in Ukraine so far, the substantial increase of sexual violence in the separatist regions of eastern Ukraine can provide a grim forewarning. In 2018, the separatist regions of eastern Ukraine saw violence increase by 76% in eastern Donetsk, alongside a staggering 158% escalation in Luhansk (Schroeder, 2022). Furthermore, Ukrainian community leaders are reporting that sexual violence at the hands of Russian troops has already begun: Oleksandra Matviichuk, head of the Ukrainian Center for Civil Liberties, tweeted on March 6 that a woman reached out to report being raped by Russian soldiers (Karcic, 2022). It should be considered that these claims have yet to be verified by independent sources, but that does not mean that they should be dismissed or ignored. Rather, they should be regarded as an indication that the sexual safety of women and girls in Ukraine is seriously at risk. Consequently, the International Criminal Court (ICC) has begun a large-scale investigation into Russia’s war crimes, which include sexual violence, in Ukraine since 2013 (Karcic, 2022). While a vital component of protecting women and girls from sexual violence in times of conflict, these judicial measures take time and likely won’t produce fruitful outcomes in the near future.

Therein lies the question: what can be done now for those in Ukraine at risk of sexual violence? Organizations dedicated to addressing sexual violence in wartime have already been established in Ukraine and are continuing to work on the ground as the war progresses. UN Women established support systems in the country in 2015, encouraging social mobilization and the amplification of female voices in the decision-making processes of aid distribution. They are now ramping up efforts in refugee response, facilitating gender-specific needs assessments. These measures, which have been previously effective in aiding Syrian refugees, will provide resources specifically tailored to the needs of sexual violence survivors. Furthermore, the assessments will provide vital data on the number of individuals who have had sexual violence weaponized against them: information necessary to prosecute Russian soldiers and personnel for war crimes (El-Yassir, 2022). In addition to UN Women’s efforts, the United Nations Populations Fund (UNFPA) stated that they are “preparing to increase operational capacity to deliver life-saving sexual and reproductive health services and supplies” through their well-established mobile health clinics and other partnerships within Ukraine. They are also launching cross-nation collaboration efforts to adequately respond to the needs of sexual violence survivors who are fleeing as refugees (UNFPA, 2022). The internet holds unique potential to become a solidarity network for sexual violence survivors in war zones, with platforms that can connect Ukrainian survivors to support. Finally, world leaders need to prioritize humanitarian aid that addresses sexual violence explicitly. Women’s bodies are not battlegrounds, and their sexual agency is not a resource to be reaped by the victor.

What can you do to help?

Continue to educate and mobilize others, even if it is simply sharing an article or posting a donation link. Advocate for sexual violence survivors both in and out of war zones, Most importantly, donate if you can, especially to organizations that are dedicated to providing necessary resources like contraceptives, psychological care, and STI testing to survivors of wartime sexual violence. Here are some organizations that we recommend:

It can be challenging for survivors of sexual trauma to consume media regarding sexual violence; as more news comes out, be aware of your triggers and prioritize your healing. Having a community to find solidarity within can be transformative for some survivors: feel free to explore Our Wave, share your story, and find support here.